While there are a number of variations on the theme, below you’ll find a simplified two-part method for creating your own flower essence. While you might choose to add other aspects to your flower essence creation process (such as prayer, chanting, placing the bowl on the ground instead of on a table, or surrounding the dish with crystals), for safety reasons, please be sure to hit all the main points in the following directions.

You now have what is known as “the mother essence.” This is not the essence and should not be consumed or magically employed. Rather, it is the concentrated stock for creating the flower essence, which brings us to part 2. 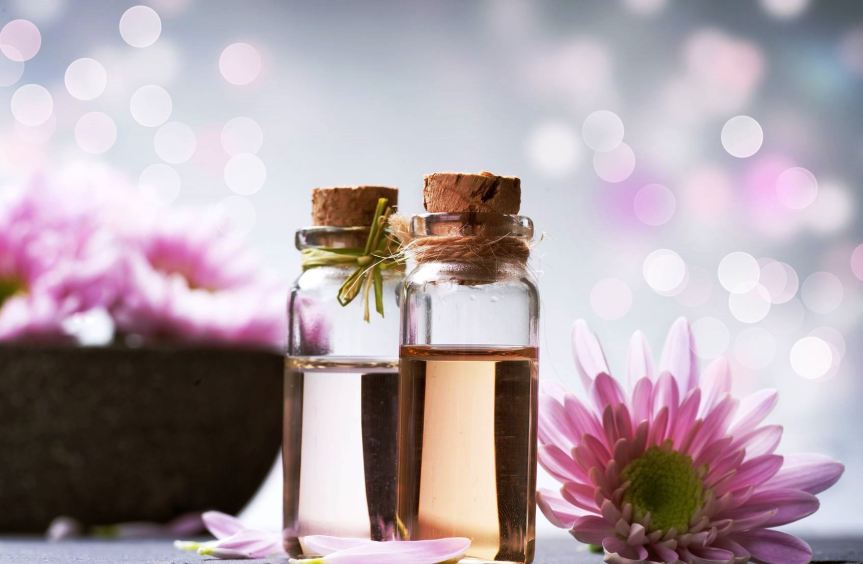 Essential oils and flower essences bestow a concentrated dose of plant energy.
In most cases, however, you may want to work with the whole plant. You may find that if you wish to work with a particular plant, you’re obligated to grow it yourself. This may be for a variety of reasons.
* Some plants are rare in an area. You may need to nurture some indoors or order from a specialist nursery.
* What you desire may not be marketable: the alchemists treasured fresh morning dew caught upon the leaves of lady’s mantle. They called it “water from heaven” and prized it as an ingredient in many enchanted potions. If you want some {and you very well might; it’s reputed to provide a beautiful complexion!}, you’ll have to grow it and gather it yourself.
* In some cases, it’s best to have your own fresh stock of plants, to save on expense and safety. Your own roses are not only more powerful than the florists, but you’ll save a small fortune and, as you place the petals in your bath, you also have the assurance of knowing no toxic pesticides and preservatives taint them and potentially you.
* In the case of root charms, often the only way to guarantee that you have the genuine article is to actually start with the whole plant. Too many commercial preparations purporting to include items like High John the Conqueror or Adam and Eve Root contain only petroleum products.
* Unfortunately, in a growing number of cases, the only way to access a power may be to grow your own, because there isn’t any other source.

The decimation of the animal kingdom is well-known and well-publicized, but humans have done no less damage to plants. A 1998 international study conducted by sixteen organizations, including the Smithsonian Institute, indicates that at least one out of every eight known plant species on Earth is now either threatened with extinction or nearly extinct. **

* Yarrow {Achillea millefolium}: strengthens and cleanses the personal aura and provides a profound psychic shield. It is indicated for those who feel drained by exposure to toxic forces, whether physical, spiritual or human.

One thought on “HOW TO MAKE A FLOWER ESSENCE”