In the Celtic tradition, August 1st in the northern hemisphere is celebrated as the festival of Lammas, a day of thanksgiving for the beginning of the harvest season.

In a normal summer this timing would be about right, however this year, everywhere around, the harvest has been gathered in, some of it even before the beginning of August. Now golden straw bales stand in great piles awaiting collection and the farmers are already fertilizing the fields in preparation for plowing. Even though the sun continues to shine as hotly as ever, this most unusual situation has created the slightly unnerving illusion that the summer holidays are about to finish rather than only just beginning. Even though we know this is not true, the oddness of it all adds to the strange ‘Alice in Wonderland’ feeling that seems to be pervading life in general at the moment.

The Energies of August

There are plenty of energetic opportunities available to us in the cosmic line up for August, provided we can stay focused and are willing to overcome the odd challenge or two.

The energies this month will feel more demanding and outwardly orientated than those of last month, with a definite agenda of getting any necessary changes accomplished. It is possible that some of these changes may be unexpected, seemingly coming from nowhere. However, should this be your experience, with a little introspection you will probably find that you have known for some time what was needed, just not quite ‘got around’ to implementing it yet!

Certainly, if you know that there are adjustments needed in some aspect of your life this would be an excellent time to follow through with them as the ‘force is with you’ on his one.

This month we still have an unusually large number of planets in retrograde motion, so called because they appear to be moving backward in the heavens relative to our position here on Earth. In this situation, we receive a more intense focus of energy from these planets and often things work differently than we might expect. For instance, Mercury will be retrograde until August 19th, so pay extra attention to the details of anything you are doing, communicating or planning over his period. Mars is also retrograde, so it may feel less easy to get things done or you might feel constricted and frustrated because the way forward seems somewhat unclear. Just taking a moment to breathe and connect with yourself will help here.

The lunar eclipse on July 27th was indeed powerful and took us deep into our feminine nature to explore and expand our understanding of this important part of ourselves. This was the second eclipse of a series of three with the final one being a solar eclipse at the new moon on August 11th.

Eclipses are often important ‘reset’ points and the time between eclipses provides an important opportunity to reflect and review anything that needs adjusting to allow us to realign our direction in life, should this be necessary.

Other influences in the energy flow this month will be very supportive, perhaps even insistent, on this forward movement to take up the opportunity offered to release and let go of anything old. Once we arrive at the new moon on Aug 11th the doorway for something new will be wide open.

Each year the month of August also brings us an important planetary ‘reset’ opportunity. In ancient times it was understood that what is sometimes called the Sacred Year, or planetary new year began on July 26th. Between July 26th and August 11th/12th each year, the earth comes into alignment with the Galactic Core, the Sun, and the Star Sirius, creating a portal or stargate known as the Lions Gate. While this portal is open we receive a download of high-frequency light that contains the codes we need to take us up the spiral of spiritual evolution over the coming 12 months.

This light flows through the Lions Gate, which is open to its fullest on August 8th and into the earth grid points of the Sphinx and the Great Pyramid of Giza. Over the coming 12 months, this light will gradually be absorbed by the Earth and humanity, awakening consciousness and activating the dormant DNA codes that are needed for us to expand beyond the 3rd/4th-dimensional paradigm. This is highly transformational energy so taking some time out to connect, absorb, integrate and ground what is being offered would be very beneficial. 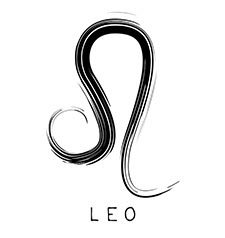 The Energies of Leo

All the other planetary activities this month are set against the backdrop of inflowing energies from the constellation of Leo. The fiery, powerful energies of Leo are associated with the Sun and depicted in the western astrological zodiac by the sign of the Lion.

It is significant that Leo is the only sign in the zodiac to have the same planetary ruler at all three levels of astrological interpretation, so whether we look from a personality, soul or monadic perspective the Sun is always the ruler of Leo. This unique relationship with the sun at the heart of our universe is an indication of just how powerfully transformational the energies of Leo can be.

The liberating, universal principles of Love and Freedom flow through the constellation of Leo, energies that particularly stimulate the alignment of the heart with the soul and illuminate the need for the right use of power and the will to create that which can serve the common good.

The energies this month will feel more demanding and outwardly orientated than those of last month, with a definite agenda of getting any necessary changes accomplished

The energetic flow this month has a big focus on helping us to expand our consciousness as well as testing our ability to stand in our own truth when it comes to acting on any changes that feel important for us. This will require a degree of inner strength as well as the willingness to view ourselves through the eyes of compassion and most importantly with non-judgment.

When faced with the need to make uncomfortable changes, it can help to start by giving yourself full permission to be just who you are, knowing that this might include some aspects of yourself that you see as still needing refinement. Remember that we are moving out of a polarity-based consciousness and expanding our awareness so that we can operate in 5th-dimensional unity consciousness.

In this situation choosing our point of perception carefully is all important. For instance, entertaining vibrations of anger, judgment, blame, guilt etc. will tend to reinforce an old polarity while observing those emotions from a place of neutrality will provide for a greater freedom of choice. This is very important because until we take ownership of the issues that constrict our ability to stand in our own truth and light we have no power to transform them. Once we have arrived at a point of understanding and acceptance within ourselves it is much easier to hold an issue in love and allow its power over us to dissolve.

A final thought as you surf the energies of change this month; remember that our ability to actively change in our lives does not rely on anyone else changing to facilitate it. Rather it is up to us to recognize where we are unconsciously still playing out old disempowering agreements that have outworn their usefulness and then choose to release ourselves from their restricting influence.

2 thoughts on “Perception and Prespective”