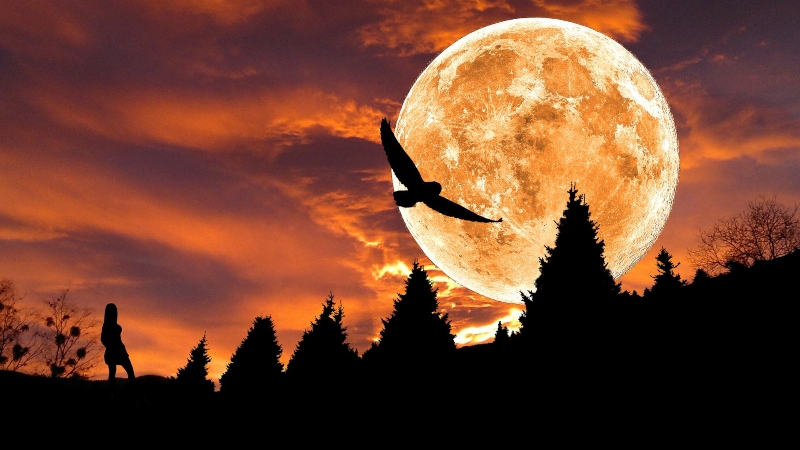 How the “Worm Moon” got its name

According to the Ontario Native Literacy Project, the Ojibwe (or Anishinaabe) peoples called the full moon of March Ziissbaakdoke Giizas, or the Sugar Moon, as March is when the maple sap begins to run. The Cree called it the Mikisiwipisim, or the Eagle Moon.

The Haida of the Pacific Northwest calls the March full moon Xitgaás Kungáay, or “Noisy Goose Moon,” according to the Tlingit Moon and Tide Teaching Resource published by the University of Alaska at Fairbanks. A number of migratory species are endemic to the region.

In the Southern Hemisphere, March falls during late summer and early autumn, and the Māori of New Zealand described the lunar month in March to April (as measured between the successive new moons, with the full moon halfway between) as Paengha-whāwhā, which means “all straw is now stacked at the borders of the plantations,” according to the Encyclopedia of New Zealand.

In China, the traditional lunar calendar calls the March lunation the second month, Xìngyuè, or Apricot Month, for when the eponymous trees blossom.

For the Jewish people, March 9 marks the beginning of the holiday of Purim, (the 14th day of the lunar month of Adar), celebrating Esther’s saving the Jews of Persia from a plot by one of the king’s advisors to exterminate them.

The full moon of March, called the Worm Moon, will occur in the eastern U.S. during the afternoon hours of March 9, about 13 hours before reaching perigee, the nearest point from Earth in its orbit. This will create a “supermoon,” a full moon that appears slightly larger than average.

The moon will be in the constellation Leo, and it will have an angular diameter, or apparent size, of 33 arcminutes across, compared to an average of 31 arcminutes (one degree is equivalent to 60 arcminutes). So, the difference in size won’t be noticeable to most observers.

What is a supermoon?

When the full moon coincides with perigee it is sometimes called a “supermoon” — but in this case, the full moon will miss perigee by about a day and a half. That said, “supermoon” isn’t a term used by astronomers, and whether a full moon counts as “super” often depends on how close to the official full moon the user of the word thinks perigee should be.

How to observe the Full Worm Moon

Through binoculars or a small telescope, the full moon appears so bright it can be hard to spot any detail because there are no shadows to give any contrast. If one were standing on the moon, it would be noon — from such a lunar observer’s perspective, the sun would be directly overhead. Moon filters are available that can make some features stand out, but if you wait a few days after the full moon or observe it a few days before, shadows bring out more detail.

Venus meets up with Uranus

On March 9 the planet Venus, which is a prominent “evening star,” will make a close pass to the planet Uranus. Uranus is usually only visible to observers with a very keen eye and dark skies — it is between magnitude 5 and 6, which puts it near the limits that most people can see without the aid of binoculars or a telescope.

At 10:36 a.m. EDT (1436 GMT), Venus will pass 2 degrees and 24 arcminutes north of Uranus, and the two objects will be in conjunction, meaning that they share the same celestial longitude. Both will be in the constellation Aries. The two planets will still be close in the evening sky, becoming visible at dusk. Venus is by far the brighter of the two, and a good pair of binoculars can show both in the same field of view, though from urban locations light pollution may make Uranus less visible. From New York, Venus is clearly visible in the southwest by about 7:30 p.m. local time, though the actual conjunction will have passed by then.

Observers in time zones ahead of Greenwich will see it as night falls. For example, in Tehran, the conjunction happens at 6:06 p.m. local time, and that is exactly when the sunsets. As one moves further east, conditions get more favorable — in New Delhi the conjunction occurs at 8:06 p.m. local time and Venus sets at 9:49 p.m., according to skywatching site In-the-Sky.org.

The March full moon shares the sky with bright winter constellations, which are notable for the fact that they start to set by midnight, making way for the stars of summer.

By about midnight on March 9, the constellations of Orion, the hunter, and Canis Major start to sink towards the western horizon, while the bright star Vega is just rising in the east.

The southern half of the sky in mid-northern latitudes is dominated by Leo, which is framed by Boötes to the east (the left as one faces south) and Gemini to the west (the right). From a dark-sky location, observers can trace Hydra, which makes a line of faint stars that runs diagonally up from east to west. 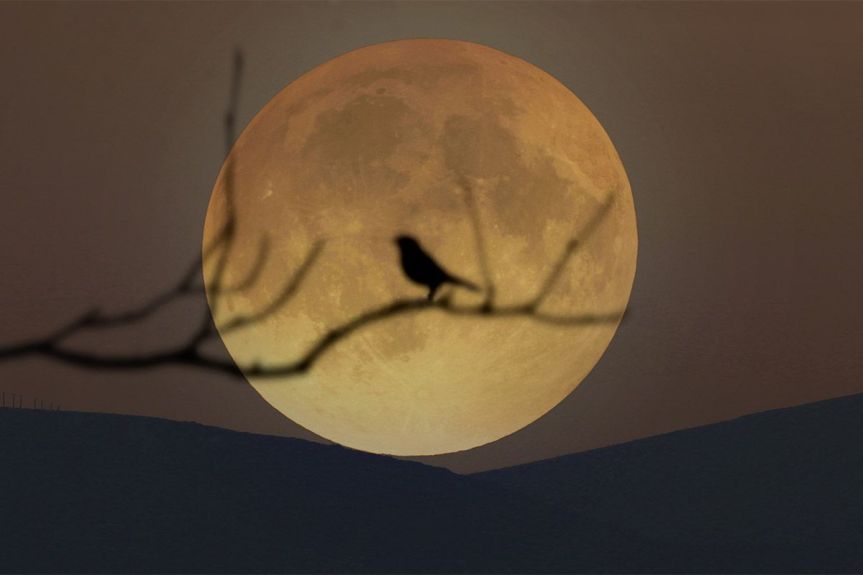 Source: March Full Moon 2020: Catch the ‘Worm Moon’ and the first supermoon of the year on Monday | Space

3 thoughts on “March Full Moon 2020: Catch the ‘Worm Moon’ and the first supermoon of the year on Monday | Space”