Plant lore and fairy lore are often intimately connected. The magical provenance of many plants is due to their folkloric association with the fairy realm. Fairies were thought to make their homes in certain plants and were believed to be responsible for tending to their growth. They have also been said to guide the movement of vining and creeping plants, as well as giving flowers their appropriate colors.  Fairies can be thought of as land spirits, plant spirits and the embodiment of the Earth’s generative powers. These are dualistic and mercurial creatures. On the one hand they are responsible for the beauty and life that springs from the ground in which they dwell, but on the other hand they can be fickle, malicious, and dangerous when it comes to humans.

It is interesting to see how much fairy lore has survived throughout the world despite the Christianization of so many other folk beliefs with roots in paganism. We can get insight into the beliefs people held regarding the Otherworld through the many taboos that survive. These precautions were taken so as not to anger the Fair Folk. By avoiding cutting down certain trees, not falling asleep in the wrong place, or accidentally slipping through a doorway into their world; humans could protect themselves from the fairies’ vengeance. Bad luck, strange maladies and natural disasters were often associated with angry or offended fairies or household spirits, and it was a common practice to appease them. When kept content these spirits would act as helpers and protectors.

There is also a long list of traditional offerings meant to appease them, and even gain their good graces. People would leave several different offerings for the Fair Folk in hopes that they would gain their assistance in a particular matter. These offerings would include; milk, cream, butter, honey, wine, blood and even animal sacrifices. The fairy kingdom is populated by many diverse entities all with their own preferences. Some of their company include fays, fairies, pixies, hobgoblins, kobolds, dwarves, gnomes and trolls; all of which are associated with the plant kingdom in some way. The same can be said for other natural areas such as: rivers, springs, hills, and burial mounds.

Nymphs, dryads, naiads, woodwoses can all be thought of as part of the fairy kingdom. While their natural habitats and appearances differ, they are all part of the population of the Otherworld. They are still residents of the Middle Realm, which they share with humans, plants and animals; however, they exist on the more etheric levels. It is the subtle reality that intersects with our own, each creating and informing the terrain of the other.

There are many herbs and fungi associated with the Fair Folk. Trees like oak, elder, blackthorn and hawthorn are known for being the dwelling places of spirits and fairies. Some of them are though to be gateways to the Otherworld. These trees have been both feared and venerated throughout history. When it comes to herbs there are those that can be used to attract fairies. They can be used as offerings to the Fair Folk or confer the gift of second sight so that they can be seen. Other herbs are used to protect against fairies, elves, and the like; warding off their mischief and defending against the onslaught of elfshot that was so prevalent in the pre-modern world.

Plants of the Fairy Realm

There are countless plants that have fairy lore, and these are just a select few. Many of the herbs associated with the Fairy Host are cottage garden plants, wildflowers and even some baneful herbs. These herbs may be used in rituals of second sight, invisibility and revealing spells, glamour magic and love spells.

Herbs collected at Midsummer are considered to be most potent for magic. It is during this time that the life-giving powers of the Earth are at their peak, and the presence of the Fae is at its strongest. The Nine Herbs of Midsummer’s Eve are a particularly potent combination. The collection of these herbs ritually aligns the wortcunner with the powers of the natural world. One account of the Nine Herbs lists: St. Johns’ Wort, Yarrow, Corn Marigold, Mugwort, Plantain, Danewort, Ivy, Vervain and Orpins.

One of the most potent fairy herbs is the Foxglove or Digitalis, also known as Lusmore or Great Herb. When the stalk of a Foxglove bends toward the ground it is thought to be inhabited by many fairies. I have written a more extensive article on Foxglove that can be found here.

Digitalis and the Fairy Realm

The Rose, has long been associated with mystery and secrecy. Raven Grimassi in Craft of the Thorn-blooded Witch mentions She of the Thorn-blooded Rose, a kind of tutelary/gateway spirit that presides over the mysteries of green witchcraft. In the old days, roses were thought to be under the special protection of elves, fairies and dwarves. Roses have many esoteric associations in different societies.

Eyebright is used to enhance mental and psychic powers. An infusion of eyebright can be used to anoint the eye lids and gain second sight, particularly fairy sight.

Elecampane or Elfwort, is associated with Elven magic. It is used in love, protection and psychic magic. It can be made into a ritual beverage and aid in connection to the Otherworld.

Heather has been used to open portals to the fairy realm. Sleeping on it will bring dreams of the future and burning it will conjure the spirits of the dead. It is also protective during shapeshifting.

St. John’s Wort is a fiery and solar herb. It brings in light and casts out darkness. It also offers spiritual protection. It is most potent when collected on Midsummer’s Eve, and can be used in workings of health, protection, love and divination. 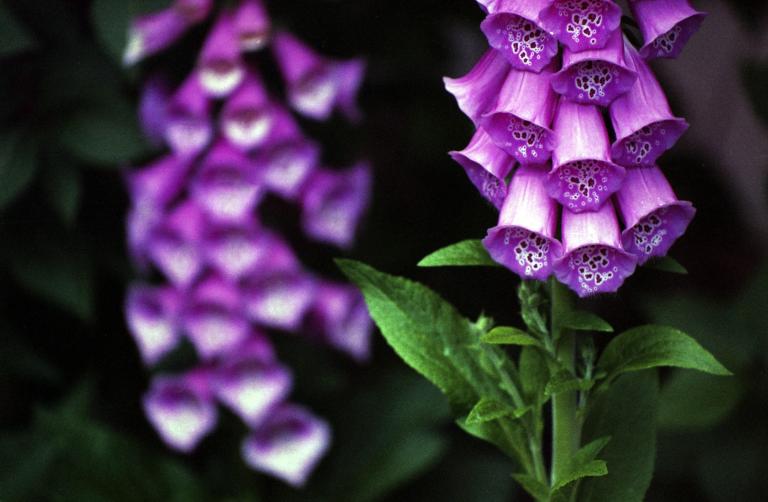 Plant lore and fairy lore are often intimately connected. The magical provenance of many plants is due to their folkloric association with the fairy realm. […]